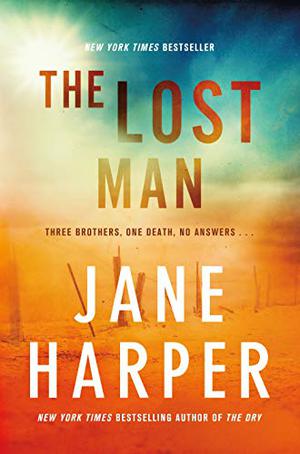 A twisty slow burner by an author at the top of her game.

Atimely novel set in the furthest reaches of Australia by the author of The Dry (2017) and Force of Nature (2018).

The three Bright brothers are the overseers of 3,500 square kilometers of land in Queensland, with hours between each of their homes. It’s a vast, unforgiving environment, and no one ever goes far without a full complement of supplies. When 40-year-old Cameron sets out on his own, ostensibly to fix a repeater mast, he never comes home. His body is eventually spotted, via helicopter, curled up by the stockman’s grave, the source of plentiful, and persistent, local ghost stories. Cam’s older brother, Nathan, and their baby brother, Bub, are as perplexed as the cop who’s come all the way from Brisbane to investigate. What was Cam doing by the grave, and what was his Land Cruiser doing nine kilometers away, still fully stocked with supplies, with the keys left neatly on the front seat? The Brights’ mother, Liz, is devastated, and Cam has also left behind his wife, Ilse, and two young daughters, Sophie and Lo. They’re pragmatic folks, though, and there’s a funeral to be planned, plus Christmas is just around the corner. Everyone seems to assume that Cam took his own life, but Nathan isn’t so sure, and there’s a strange dynamic in Cam’s home that he can’t put his finger on. Cam had been acting strangely in the weeks before his death, too. But Nathan’s got his own problems. He’s eager to reconnect with his teenage son, Xander, who’s visiting from Brisbane, and he has a complicated history with Ilse. In the days leading up to the funeral, family secrets begin to surface, and Nathan realizes he never really knew his brother at all. Harper’s masterful narrative places readers right in the middle of a desolate landscape that’s almost as alien as the moon’s surface, where the effects of long-term isolation are always a concern. The mystery of Cam’s death is at the dark heart of an unfolding family drama that will leave readers reeling, and the final reveal is a heartbreaker.

A twisty slow burner by an author at the top of her game.