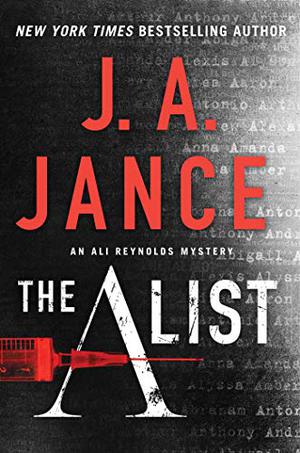 Proficient but eminently predictable. Amid all the time shifts and embedded backstories, the most surprising feature is how…

Back in the day, women came from all over to consult Santa Clarita fertility specialist Dr. Edward Gilchrist. Many of them left his care happily pregnant, never dreaming that the father of the babies they carried was none other than the physician himself, who donated his own sperm rather than that of the handsome, athletic, disease-free men pictured in his scrapbook. When Alexandra Munsey’s son, Evan, is laid low by the kidney disease he’s inherited from his biological father and she returns to Gilchrist in search of the donor’s medical records, the roof begins to fall in on him. By the time it’s done falling, he’s serving a life sentence in Folsom Prison for commissioning the death of his wife, Dawn, the former nurse and sometime egg donor who’d turned on him. With nothing left to lose, Gilchrist tattoos himself with the initials of five people he blames for his fall: Dawn; Leo Manuel Aurelio, the hit man he’d hired to dispose of her; Kaitlyn Todd, the nurse/receptionist who took Dawn’s place; Alex Munsey, whose search for records upset his apple cart; and Ali Reynolds, the TV reporter who’d helped put Alex in touch with the dozen other women who formed the Progeny Project because their children looked just like hers. No matter that Ali’s been out of both California and the news business for years; Gilchrist and his enablers know that revenge can’t possibly be served too cold. Wonder how far down that list they’ll get before Ali, aided once more by Frigg, the methodical but loose-cannon AI first introduced in Duel to the Death (2018), turns on them?

Proficient but eminently predictable. Amid all the time shifts and embedded backstories, the most surprising feature is how little the boundary-challenged AI, who gets into the case more or less inadvertently, differs from your standard human sidekick with issues.