One day in December Book Review

ONE DAY IN DECEMBER BOOK REVIEW

ONE DAY IN DECEMBER BOOK REVIEW 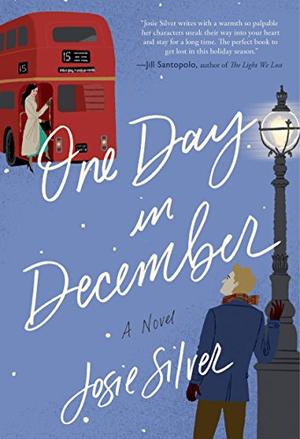 ONE DAY IN DECEMBER

True love flares between two people, but they find that circumstances always impede it.

On a winter day in London, Laurie spots Jack from her bus home and he sparks a feeling in her so deep that she spends the next year searching for him. Her roommate and best friend, Sarah, is the perfect wing-woman but ultimately—and unknowingly—ends the search by finding Jack and falling for him herself. Laurie’s hasty decision not to tell Sarah is the second painful missed opportunity (after not getting off the bus), but Sarah’s happiness is so important to Laurie that she dedicates ample energy into retraining her heart not to love Jack. Laurie is misguided, but her effort and loyalty spring from a true heart, and she considers her project mostly successful. Perhaps she would have total success, but the fact of the matter is that Jack feels the same deep connection to Laurie. His reasons for not acting on them are less admirable: He likes Sarah and she’s the total package; why would he give that up just because every time he and Laurie have enough time together (and just enough alcohol) they nearly fall into each other’s arms? Laurie finally begins to move on, creating a mostly satisfying life for herself, whereas Jack’s inability to be genuine tortures him and turns him into an ever bigger jerk. Patriarchy—it hurts men, too! There’s no question where the book is going, but the pacing is just right, the tone warm, and the characters sympathetic, even when making dumb decisions.

Anyone who believes in true love or is simply willing to accept it as the premise of a winding tale will find this debut an emotional, satisfying read.
PrevPrevious10 LYRICAL MEMOIRS THAT WILL ENCHANT YOU
NextPLUS-SIZE ROMANCES TO READ THIS SUMMERNext