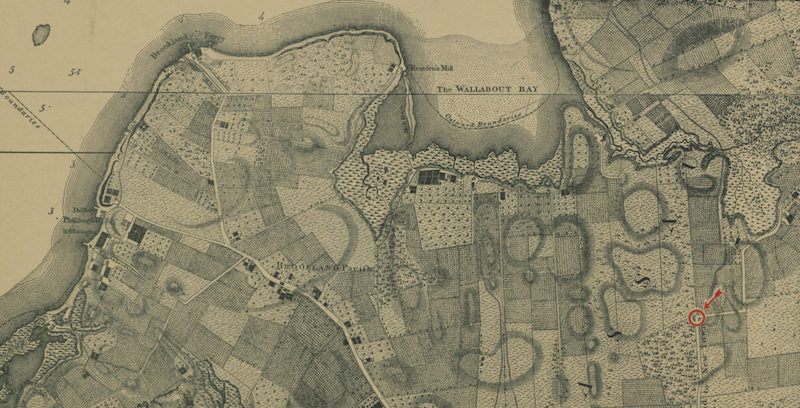 Explore Wallabout, where Whitman lived while finishing Leaves of Grass.

What are you up to this summer? Planning an excursion to the woods? Kicking back with some good television and a beer? Alternatively, why don’t you come along with me for the ultimate socially-distanced leisure activity for our times: poring over these cool maps of New York City and the surrounding area, some from hundreds of years ago.
Today, I started digging through a collection that was recently digitized by the Brooklyn Historical Society when several in particular caught my eye—they show a neighborhood changing throughout the earliest days of US history in Wallabout, one of the most historically rich areas of Brooklyn and an early site of colonization by European settlers.

Wallabout, which refers to the neighborhood just south of Wallabout Bay and the Brooklyn Navy Yard, was where several families of Walloon and Dutch farmers established themselves in the mid-17th century. In the 19th century, a community of naval workers flourished there along with Walt Whitman, who finished and published the first edition of Leaves of Grass in 1855 while living in the area.
This map shows the area as it appeared in 1766, when it was a farming community and still a British possession. (The arrow is pointing to the present-day intersection of Bedford Ave. and Dekalb Ave.) 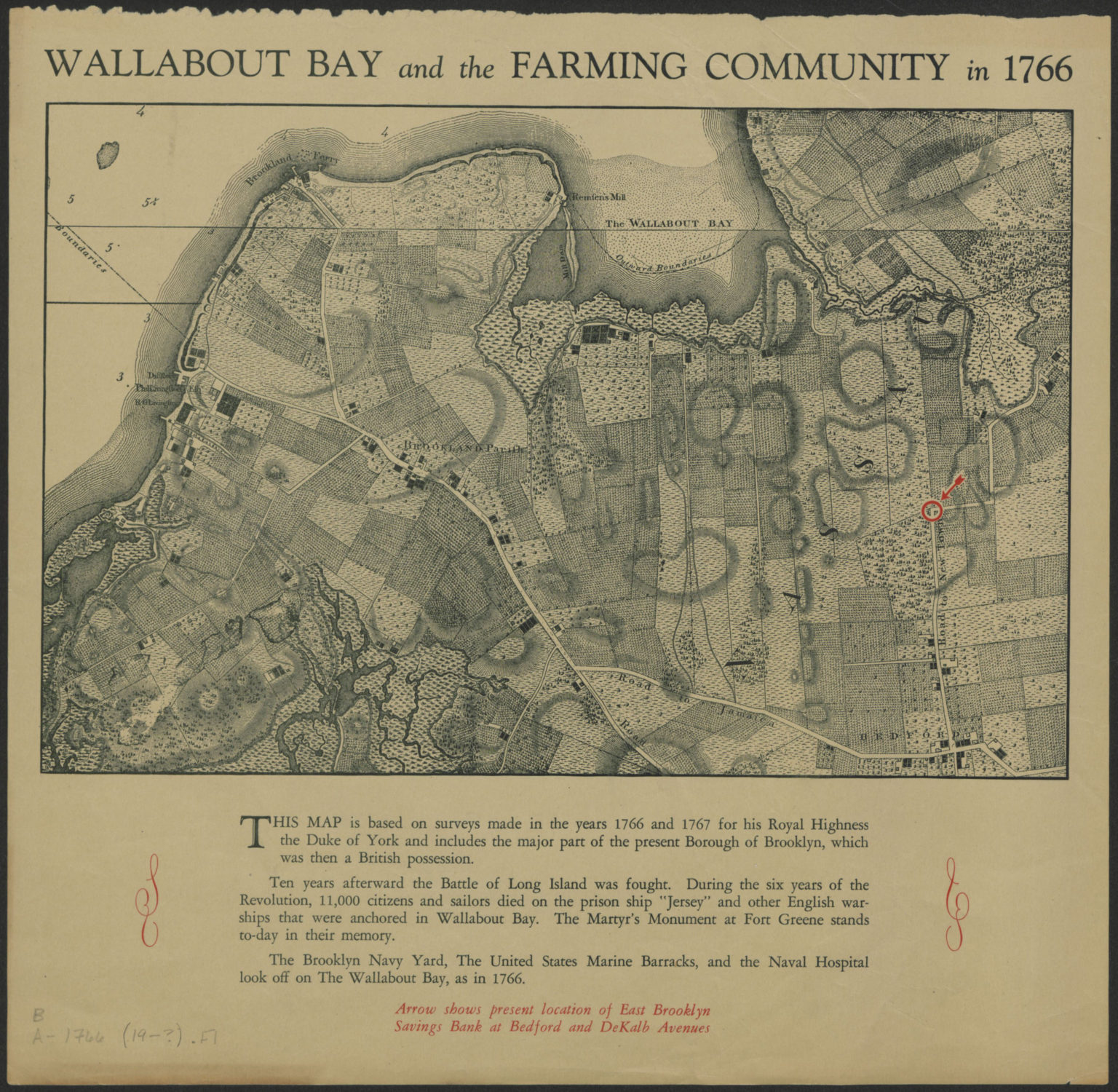 Via Brooklyn Historical SocietyHere’s a diagram of Wallabout Bay as it appeared from 1776 to 1783: 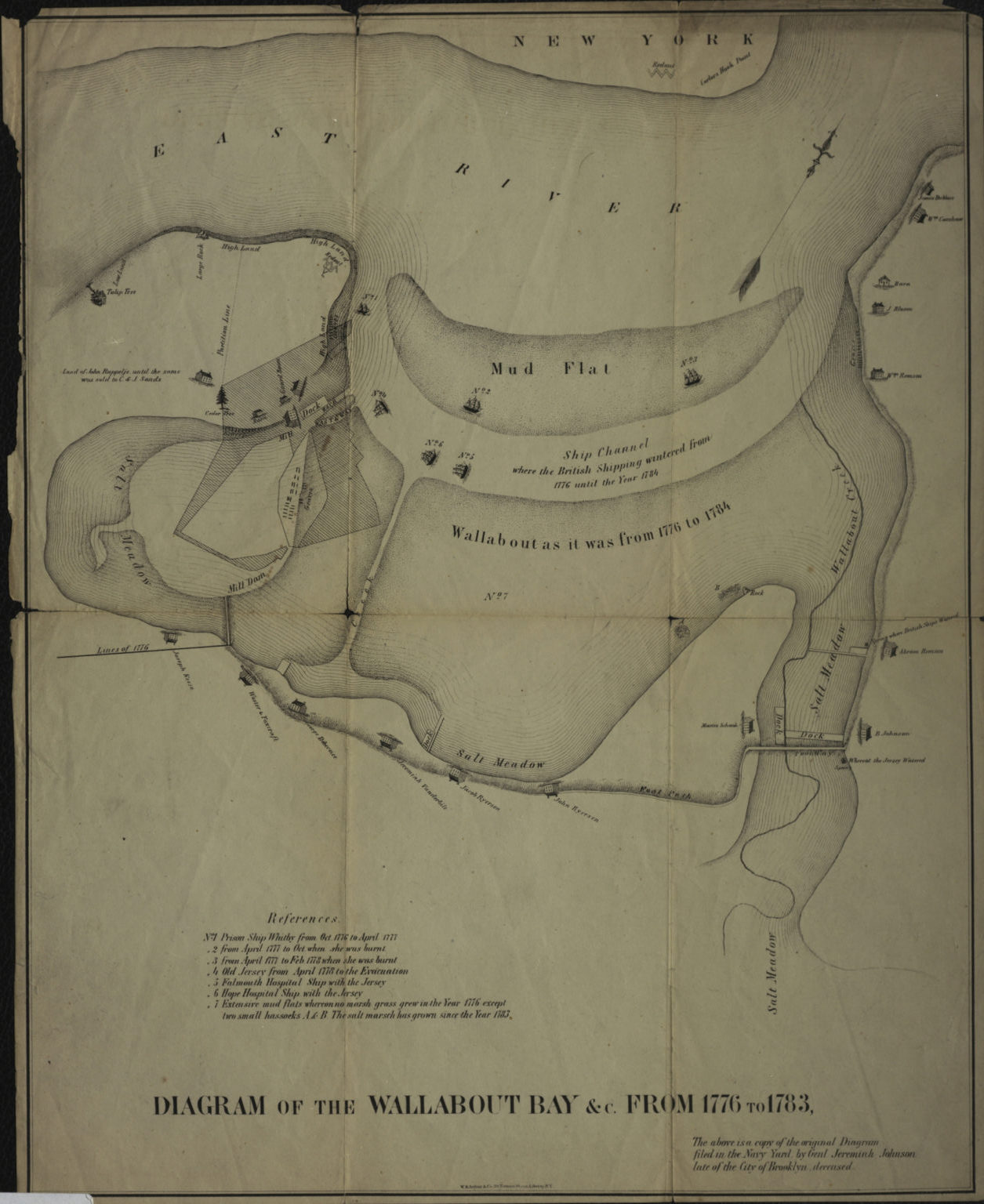 Via Brooklyn Historical SocietyIf you spot the tiny farm icon just south of the salt meadow that borders the bay, you’ll see the name John Ryersen. He was a descendent of Marten Reijersen & Annetje Jorise Rapalje, who settled there among the Canarsee tribe of the Lenape in the 17th century and grew tobacco. (Annetje was the daughter of Joris Jansen de Rappalle, the first Walloon to settle near the bay.) 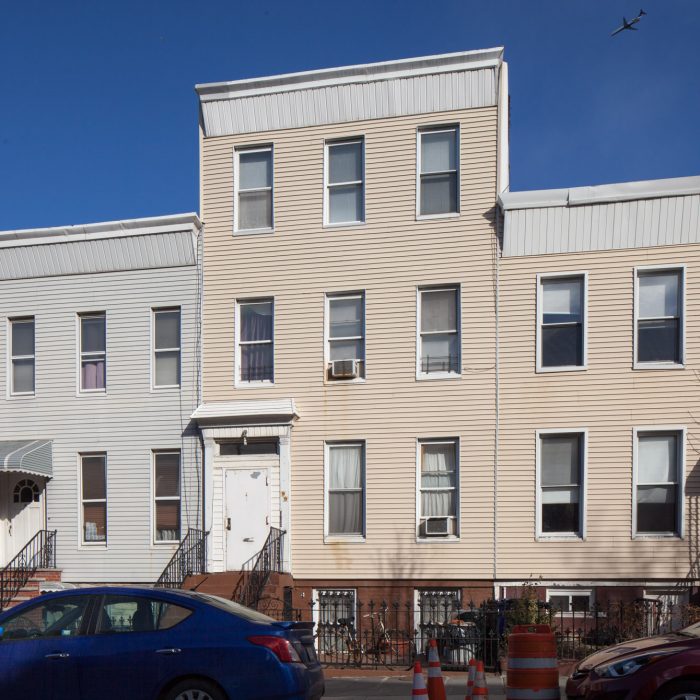 An image of 99 Ryerson St. via the NYC LGBT Historic Sites ProjectWhitman himself seemed particularly fascinated by the legacy that the Revolutionary War left in the area; the 1855 edition of Leaves of Grass refers to the American revolutionaries whom the British imprisoned in ships in Wallabout Bay, envisioning “What sobers the Brooklyn boy as he looks down the shores of the Wallabout and / remembers the prison ships.” In “Sands at Seventy,” a collection of poems that appeared in some printings of the 1888 and 1892 editions of Leaves of Grass, he goes into much greater, somewhat gory detail:

[In Brooklyn, in an old vault, mark’d by no special recognition, lie huddled at this moment the undoubtedly authentic remains of the stanchest and earliest revolutionary patriots from the British prison ships and prisons of the times of 1776–83, in and around New York, and from all over Long Island; originally buried—many thousands of them—in trenches in the Wallabout sands.]
Greater than memory of Achilles or Ulysses,
More, more by far to thee than tomb of Alexander,
Those cart loads of old charnel ashes, scales and splints of
mouldy bones,
Once living men—once resolute courage, aspiration, strength,
The stepping stones to thee to-day and here, America.
Moving forward to the end of the century: Here’s how the area appeared in 1898, six years after Whitman’s death (and more than two decades after he had moved away from Brooklyn). At that point, it was much more developed, with established businesses there including Nassau Gas Light Co. and a sugar refinery. 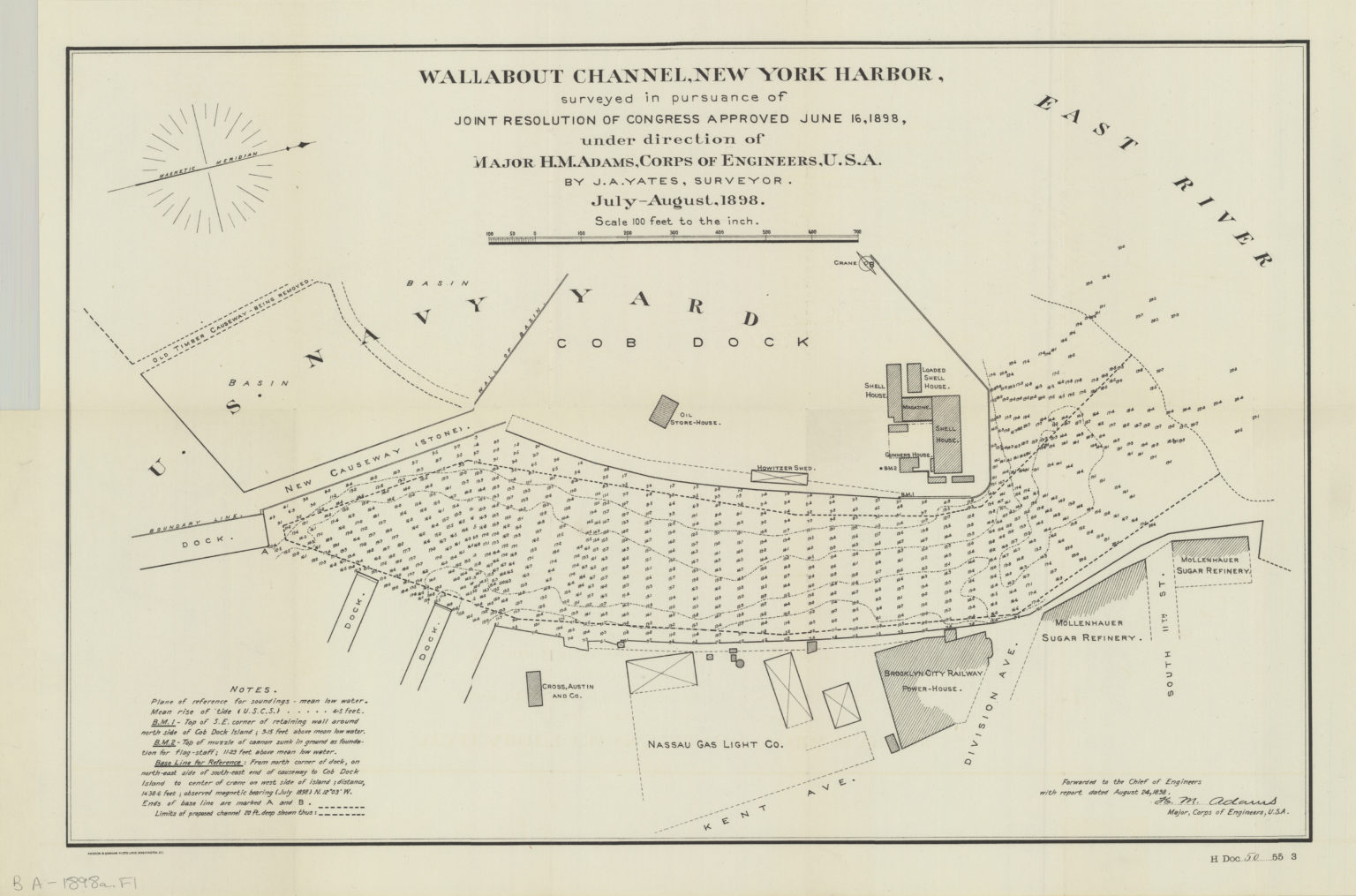