This virtual event is free to attend. To participate, please REGISTER HERE.
Purchase a copy of Liar’s Circus HERE.
Purchase a copy of The Impostors HERE.
Grab a gift card if you already have the books but want to support our programming.
Join former contributing editor at Wired and National Geographic Traveler Carl Hoffman (Liar’s Circus) and producer on The Rachel Maddow Show Steve Benen (The Impostors) for a discussion of each of their new books. The event will take place on Crowdcast and be live-streamed on The Strand’s Facebook Page.
——————–
About LIAR’S CIRCUS
In this daring work of immersive journalism, based on hundreds of hours of reporting, Carl Hoffman, who has written about the most dangerous and remote corners of the world, journeys deep inside Donald Trump’s rallies, seeking to understand the strange and powerful tribe that forms the president’s base.
Hoffman pierced this alternate society, welcomed in and initiated into its rights and upside-down beliefs, and finally ushered to its inner sanctum. Equally freewheeling and profound, Liar’s Circus tracks the MAGA faithful across five thousand miles of the American heartland during a crucial arc of the Trump presidency stretching from the impeachment saga to the dawn of the coronavirus pandemic that ended the rallies as we know it.
Trump’s rallies are a singular and defining force in American history—a kind of Rosetta stone to understanding the Age of Trump. Yet while much remarked upon, they are, in fact, little examined, with the focus almost always on Trump’s latest outrageous statement. But who are the tens of thousands of people who fill these arenas? What do they see in Trump? And what curious alchemy—between president and adoring crowd—happens there that might explain Trump’s rise and powerful hold over both his base and the GOP?
To those on the left, the rallies are a Black Mass of American politics at which Trump plays high priest, recklessly summoning the darkest forces within the nation. To the MAGA faithful, the rallies are a form of pilgrimage, a joyous ceremony that like all rituals binds people together and makes them feel a part of something bigger than themselves. Both sides would acknowledge that this traveling roadshow is the pressurized, combustible core of Trump’s political power, a meeting of the faithful where Trump is unshackled and his rhetoric reaches its most extreme, with downstream consequences for the rest of the nation.
To date, no reporter has sought to understand the rallies as a sociological phenomenon examined from the bottom up. Hoffman has done just this. He has stood in line for more than 170 hours with Trump’s most ardent superfans and joined them at the very front row; he has traveled from Minnesota to Texas, Louisiana, Mississippi, and New Hampshire immersing himself in their culture.
Publishing in the heart of the 2020 election cycle, Liar’s Circus is a fresh and revelatory portrait of Trump’s America, from one of our most talented journalists.
About THE IMPOSTORS
The award-winning producer of The Rachel Maddow Show exposes the Republican Party as a gang of impostors who have abandoned their duty to govern, gravely endangering America
For decades, American voters innocently assumed the two major political parties were equally mature and responsible governing entities, ideological differences aside. That belief is due for an overhaul: in recent years, the Republican Party has undergone an astonishing metamorphosis, one so baffling and complete that few have fully reckoned with the reality and its consequences.
Republicans, simply put, have quit governing. As MSNBC’s Steve Benen charts in his groundbreaking new book, the contemporary GOP has become a “post-policy party.” Republicans are effectively impostors, presenting themselves as officials who are ready to take seriously the substance of problem solving, but whose sole focus is the pursuit and maintenance of power. Astonishingly, they are winning–at the cost of pushing the political system to the breaking point.
Despite having billed itself as the “party of ideas,” the Republican Party has walked away from the hard but necessary work of policymaking. It is disdainful of expertise and hostile toward evidence and arithmetic. It is tethered to few, if any, meaningful policy preferences. It does not know, and does not care, about how competing proposals should be crafted, scrutinized, or implemented. This policy nihilism dominated the party’s posture throughout Barack Obama’s presidency, which in turn opened the door to Donald Trump — who would cement the GOP’s post-policy status in ways that were difficult to even imagine a few years earlier.
The implications of this approach to governance are all-encompassing. Voters routinely elect Republicans such as Mitch McConnell and Mike Pence to powerful offices, expecting GOP policymakers to have the technocratic wherewithal to identify problems, weigh alternative solutions, forge coalitions, accept compromises, and apply some level of governmental competence, if not expertise. The party has consistently proven those hopes misguided.
The result is an untenable political model that’s undermining the American policymaking process and failing to serve the public’s interests. The vital challenge facing the civil polity is coming to terms with the party’s collapse as a governing entity and considering what the party can do to find its policymaking footing anew.
The Impostors serves as a devastating indictment of the GOP’s breakdown, identifying the culprits, the crisis, and its effects, while challenging Republicans with an imperative question: Are they ready to change direction? As Benen writes, “A great deal is riding on their answer.” 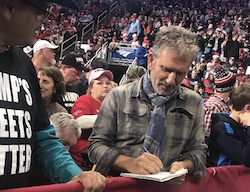 CARL HOFFMAN is a former contributing editor at Wired and National Geographic Traveler and has traveled on assignment to eighty countries. He is the author of five books. Savage Harvest was a New York Times “Editors’ Choice,” a New York Times bestseller, a Washington Post notable book of the year and has been translated into nine languages. The Last Wild Men of Borneo was a finalist for the Banff Mountain Book Competition and an Edgar Award. The Lunatic Express was named one of the ten best books of the year by the Wall Street Journal. He lives in Washington, D.C. 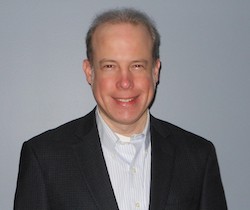 STEVE BENEN is a producer on The Rachel Maddow Show and the author of he MaddowBlog. Benen’s articles and op-eds have appeared in the New York Times, Washington Monthly, The American Prospect, Salon.com, and other publications. For his work on TRMS, he has received two Emmy Awards, and has been nominated for three more. He lives in Vermont.