THE A LIST THE A LIST     Proficient but eminently predictable. Amid all the time shifts and embedded backstories, the most surprising feature is how…   READ REVIEW THE A LIST RELEASE DATE: APRIL 2, 2019   Aconvicted killer’s list of five people he wants dead runs the gamut from the wife he’s already […] 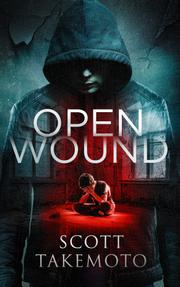 Takemoto’s debut novel, Bio-Justice (2017), was an SF thriller, but this sophomore effort is a straightforward police procedural with plenty of mayhem and intrigue. As the story opens, it’s the summer of 1996, and recently retired, well-known Los Angeles detective Douglas Hale, who’s nearing 50, is preparing to relocate to New York City. However, at the moment, there’s a serial murderer on the loose in Manhattan who’s targeting police officers and collecting their badges as grisly souvenirs. Soon after Doug and his new wife, technology company executive Karen, arrive in the city and get settled, a new issue of Time magazine comes out with Doug’s photo on the cover—the result of a high-profile interview he gave before he left LA. This places him right in the killer’s crosshairs—and it soon becomes clear that young murderer has a vicious, personal vendetta against the former cop. The delusional killer is a well-developed character, and the author fleshes out his motives with skill, revealing him to be the son of Doug’s former girlfriend, a drug addict. Indeed, Takemoto embodies the murderer with so much anger and resentment that he becomes a veritable monster prowling the streets of Manhattan. The revelation of the murderer’s identity happens early in the narrative, which stunts the suspense a bit. However, the author proves to be a keen storyteller who knows his way around a police procedural, and he keeps the action breathless while also offer plenty of detail.

A New York City police chief briefs Doug on the recent cop killings and begs for his seasoned expertise to help solve the case before he loses more officers. Of course, Doug agrees, and the story pivots straight into the mind of the killer, resulting in an action-packed cat-and-mouse thriller that puts Doug, his new bride, and several others in mortal danger. The murderer, who’s revealed to be a victim of severe physical abuse, meticulously plans out a “nice and slow” slaughter of Doug, which he sees as “a family reunion and a funeral wrapped into one.” Doug is shown to be a formidable policeman who immediately gets down to the work he’s known for by retracing his ex-girlfriend’s life among with drug dealers in the hope of tracking down her abandoned son before he kills again. Along the way, Takemoto effectively incorporates social commentary on dysfunctional foster care and mental health systems into his story. Doug and Karen are instantly likable characters made believable by their nagging insecurities, petty jealousies, and past long-term relationships. As the investigation heats up, so does the melodrama between Karen and Doug, and the latter eventually comes face to face with the killer in one of the book’s more gruesome scenes. The story speeds along to a heart-pounding finale, which thankfully leaves room for possible future installments detailing Doug’s future adventures.