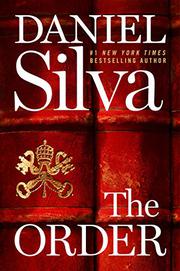 Gabriel is trying to enjoy some rest and relaxation with his family in Venice when he learns that an old friend has died. As it happens, this old friend was Pope Paul VII, and it’s not long before Allon is summoned by the pontiff’s personal secretary. Archbishop Luigi Donati has reason to believe that the Holy Father did not die a natural death. For each of the past several summers, Silva has delivered a thriller that seems to be ripped from the headlines. This latest book feels, at first, like something of a throwback. Palace intrigue at the Vatican might seem quaint compared to Islamist extremism or Russia’s rise as an international influence, but Silva makes it relevant and compelling. Allon discovers that the most likely culprits in the death of the pope are connected to far-right leaders throughout Europe, and the rediscovery of a lost Gospel sheds new light on Christian anti-Semitism. The villains here are Catholic traditionalists—Silva’s imaginary Paul VII looks a lot like the real-life Francis I—and “populist” politicians who appeal to nativist, anti-globalist sympathies. As Silva looks at European contempt for a new wave of immigrants from Africa, the Middle East, and Asia, he finds a model for this xenophobia in ancient hatred of the Jewish people, an antipathy that has its roots in the New Testament. He interjects a few Bible studies lessons and offers a bit of history as background; these passages add depth without impeding the forward momentum of the plot. Readers familiar with this series may notice the evolution of a motif introduced a few novels ago: In the world of Gabriel Allon, the United States has receded from relevance on the world stage.

THUNDER IN THE WEST BOOK REVIEW 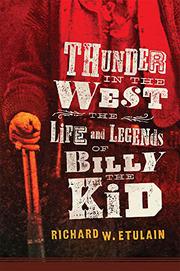 No one is more prepared to write about Billy the Kid—born Henry McCarty (1859-1881)—than University of New Mexico emeritus history professor Etulain, who has spent many years researching and studying his subject, visiting historic sites and archives. Whereas many books trace Billy’s trajectory from New York hooligan to New Mexico outlaw, Etulain painstakingly charts his path across the plains, with a sojourn in Wichita, where many locals, a contemporary recounted, “remember him as a street gamin in the days of the longhorns.” Out west, the young man took up a life of small crime before becoming embroiled in a big-picture war between competing business factions in a New Mexico that was ruled by “power-hungry newcomers.” Billy’s subsequent career involved cattle rustling, killing, and his eventual execution. Etulain strikes a careful balance between the two main strands of literature and history surrounding his subject, one portraying him as a murderous psychopath and the other as a folk hero. The author sees reason to consider him a complex figure who was capable of great evil but also generosity. Valuably, Etulain weaves the story of the young outlaw into the larger development of the Southwest, including the rancorous years of the Civil War and early cattle-raising era. The second part of the book is for perhaps a more specialist audience, though readers with an interest in Wild West mythography, literature, and film will enjoy the author’s overview of the vast branch of pop culture that surrounds Billy. “In the years from the mid-1880s to the early 1920s two writers provided nearly half the books and essays about Billy the Kid that gained notoriety among American readers,” writes Etulain, presaging a flood of works that has barely slowed ever since. 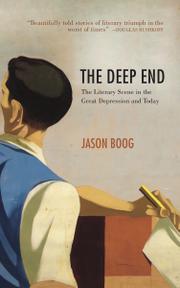 Journalist Boog, West Coast correspondent for Publishers Weekly, combines personal reflections about the challenges writers face today with a well-researched, sometimes digressive look back at writers of the “Crisis Generation,” who struggled during the Great Depression. “My book is dedicated to the stories of poets, novelists, and journalists who never made it” but whose dedication to telling stories of the downtrodden makes them worth remembering. They include poets Maxwell Bodenheim, Kenneth Fearing, and Muriel Rukeyser (“systematically excluded” from the poetry academy, according to Adrienne Rich); Cornell Woolrich, “grandfather of the hardboiled noir”; and Nathanael West, whose Miss Lonelyhearts had paltry sales when it was first published only to be acclaimed 50 years later, long after West died. The writers of the Crisis Generation identified with “workers of all kinds,” marching with them for jobs and fair pay. Unlike writers today, who Boog claims are “unorganized, broke, and easily manipulated,” those of the Crisis Generation saw themselves as activists, responding to and bearing witness to life in the 1930s. Many were given jobs through the Federal Writers’ Project of the Works Progress Administration; others supported one another through organizations such as the Raven Poetry Circle, which became a “home for struggling readers and writers,” and the American Writers Union, which lobbied for writers’ rights. “The writers in the 1930s,” notes Boog, “forced newspapers to pay a living wage, pushed publishers to establish more humane working conditions, rewrote the way books were sold in department stores, and convinced the government to create a federal bailout that put thousands of writers around the country back to work.” The author sees the Sunrise Movement, supporter of the Green New Deal, as a model for activism in “a world of inequality and catastrophe;” and he urges writers—and readers—to “rekindle the radical ideas” that distinguished the Crisis Generation.