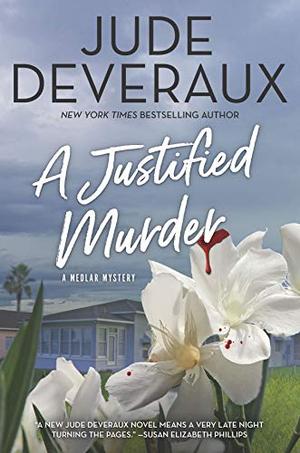 Readers who are new to the series will quickly catch up. Juicy neighborhood gossip and a good dose of humor build up to a…

In the second installment of the Medlar Mystery series, an author and her partners-in-solving-crime investigate the murder of an elderly woman in Lachlan, Florida.

“Today, living alone is considered to be an almost criminal act,” says Sara Medlar, author and amateur sleuth. Perhaps that’s why Janet Beeson was found dead in her home with a knife in her chest, poison dripping from her mouth, and a bullet in her head. Other than her best friend, Sylvia Alden, who killed herself two years ago, Janet had no close friends—and no real enemies. According to all the neighbors who admit they’ve taunted her, vandalized her property, and called her a witch over the years, Janet hadn’t done anything to deserve it. If anything, they’re surprised she’d never tried to murder any of them. Sara doesn’t want to get involved, but when Sheriff Daryl Flynn asks her to stop by the crime scene to take pictures, she can’t get Janet’s story out of her head. With the help of her niece, realtor Kate Medlar, and Jack Wyatt, the grandson of her old flame, Sara continues to poke her nose around town to find out why this supposedly sweet old lady’s life went sour. And she seems to find a new scandal around every corner. Meanwhile, Kate prods the neighbors for stories about her late father, and Jack’s crush on Kate remains unrequited.

Readers who are new to the series will quickly catch up. Juicy neighborhood gossip and a good dose of humor build up to a dramatic ending that’s equal parts wicked and fun.