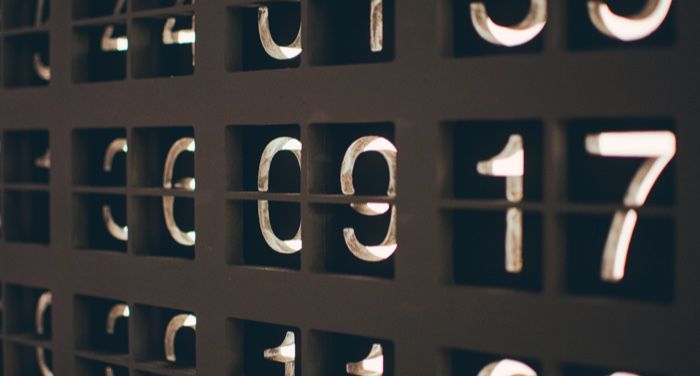 5 ADULT BOOKS WITH ONE NUMBER IN THE TITLE

5 ADULT BOOKS WITH ONE NUMBER IN THE TITLE

Have you ever wondered how book titles are chosen? Me too.

Some titles tug at your heart strings, others are scary, and there are many other options, including titles that include numbers. Why numbers? They can convey the right message for the book; a number can be just as mysterious or significant as any word. In fact, numbers and numerical systems help us to understand and make sense of part of our world. Even the number zero (which signifies nothing) has an origin, according to History.

Below are 5 examples of adult, fiction books with a number in the title, or whose title is just a number. 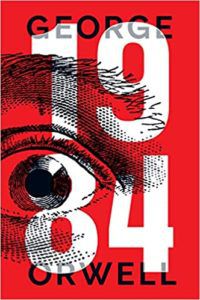 Even if you’ve never read 1984 by George Orwell, you’ve probably heard a reference from the book: Big Brother, who is always watching.

Well, George Orwell is actually a pseudonym for writer Eric Arthur Blair. The way in which Orwell writes about technology and lack of privacy in this book continues to be relevant today.

The book has also had an impact of pop culture, the most famous example being the reality show Big Brother.

Considered a rebellious thinker, per Encyclopedia Britannica, Orwell is also known for publishing Animal Farm. While the two books are different, they both explore ideas about power, who gets to wield it, and its effects. 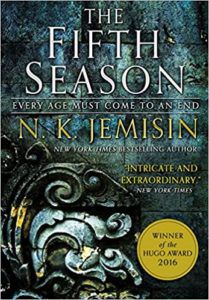 THE FIFTH SEASON BY N.K. JEMISIN

The Fifth Season is the first book in the Broken Earth Series, and like book 2 (The Obelisk Gate) and book 3 (The Stone Sky), won a Hugo Award.

This first book in the sci-fi/fantasy series follows the stories of three women inside a world with special powers. The environment plays an important role in this story, so potential readers keep that in mind as well.

So far, N.K. Jemisin has also written has a couple of others series: two The DreamBlood books, and The Inheritance Trilogy. In addition, she has published the first book in a new trilogy: The City We Became. 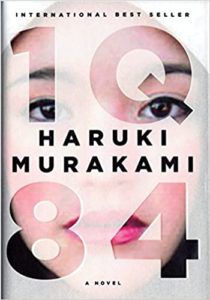 Set in Tokyo in 1984, a young woman discovers an alternate universe: 1Q84.  Her story connects with that of a writer and then developments get even more complicated. The “Q” in the title has a special meaning, but you’ll have to read the book to find out what it is.

Haruki Murakami is a short story writer, and novelist. He has also translated works into Japanese by different American authors.

According to Terry Hong’s Library Journal review, this book was a bestseller in Japan and is a “love story, a mystery, a fantasy, a novel of self-discovery, a dystopia to rival George Orwell’s.”

Among the many readers of Murakami’s works is RM, leader of K-pop group BTS. 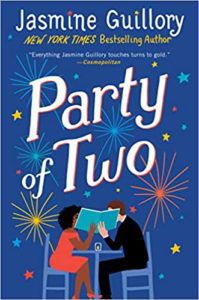 PARTY OF TWO BY JASMINE GUILLORY

Are you interesting in reading the other four books? Also in the series are: The Wedding Date, The Wedding Party, Royal Holiday and The Proposal. Let the swooning begin.

As many romance readers know, racism in the genre has been a long-time problem. Notably, Guillory writes stories with diverse characters—especially African American characters. 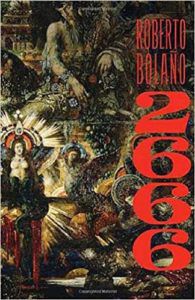 An eclectic group of people make their way to the border town of Santa Teresa in Mexico. They are searching for answers in that area, since women have been disappearing there for ten years.

Several of Roberto Bolaño‘s works were set in Mexico, where he lived for a time. 2666 is one of the Chilean author’s most well-known books, and is a National Book Critics Circle Award Winner.

In addition, he won the Rómulo Gallegos Prize; Bolaño was a promising Latin America literary figure and after his death, much of his work was translated into English.